So there is this place that my husband and I go to every once in a while...Let's be honest...It's a little more than once in a while.We go there to do fun things - drink wine, drink some beer, eat some appetizers, talk to some really cool people. I mean, who doesn't enjoy that?

Have you ever discovered a local place that you loved SO much, you never wanted to tell anyone about it? Oh, I've had a couple of those. One being Charleston's Cafe, that Erica blogs about quite often, which, I obviously let the cat out of the bag on that one =) The second being this crazy awesome place called Wine A While. I'm going to break down and tell people, I must do it. I've decided to stop being selfish. 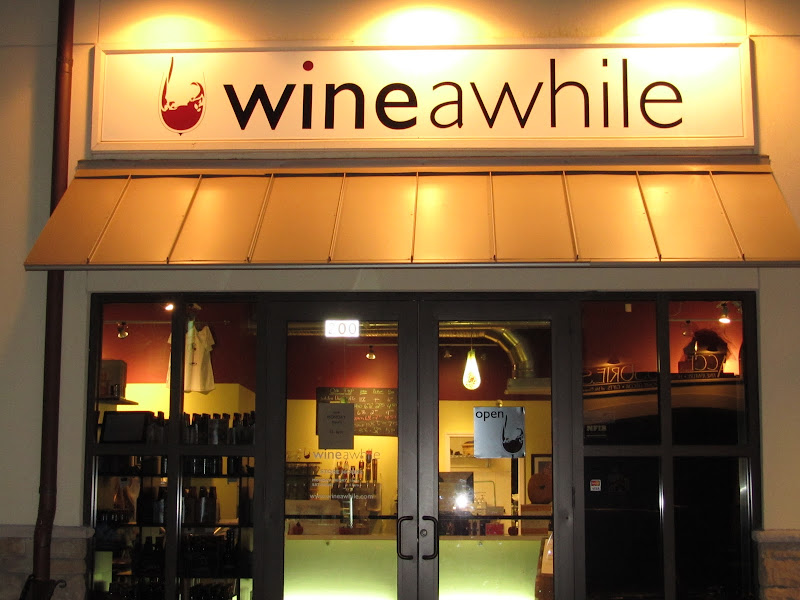 Wine A While has everything you want to wind down at the end of a long day at work, or for a quick glass of wine and draft beer on a Saturday afternoon, or just to stop by and say hi to Anthony, the owner and all around super cool guy! It also has one of these bad boys - a winestation: 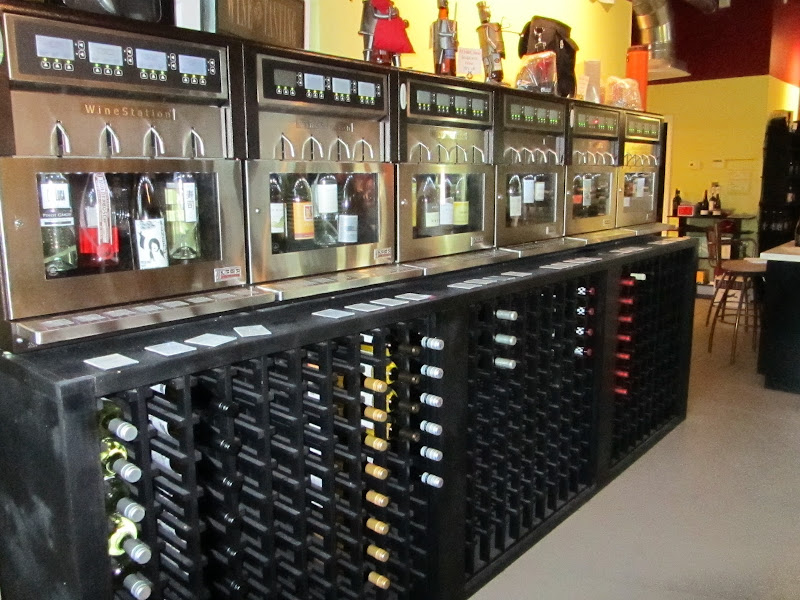 This is what got me from the very beginning! I love good wine, and being able to come here and have a taste whenever I want of any of 20 different kinds of wine, was pretty much awesome. These little spouts do the magic - you push a button, you get a taste, a half glass, or a full glass..and bada-bing! You're done! Not only that, but recently added was a growler station with multiple draft beers, where you can get a taste, a 1/2 pint, a pint, or a full growler: 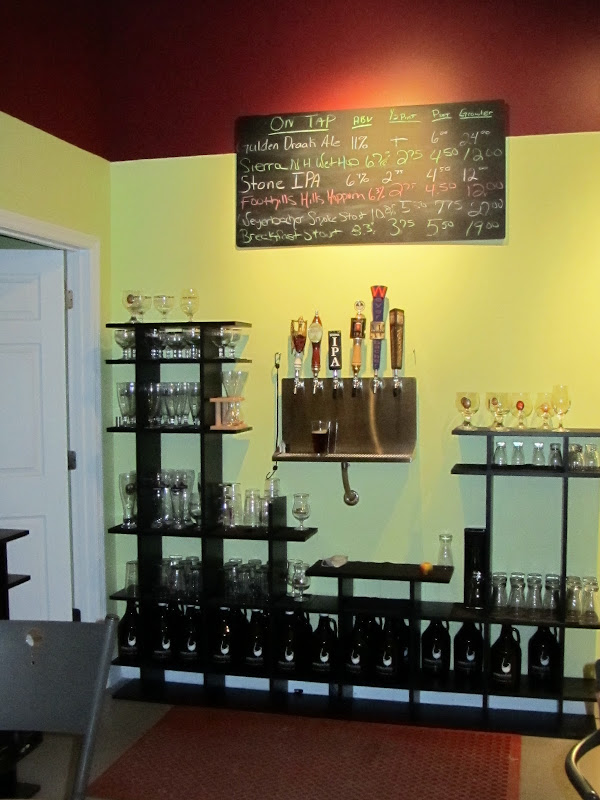 Please allow me to also say that the wine and beer that Anthony does put in his shop are all fantastic! He also has his right-hand man, his beer guru, Paul, who definitely knows his stuff! They both have great taste, and with Anthony's great taste, he introduced me to my now favorite wine on the earth, Kung Fu Girl Riesling from Charles Smith Winery in Washington State: 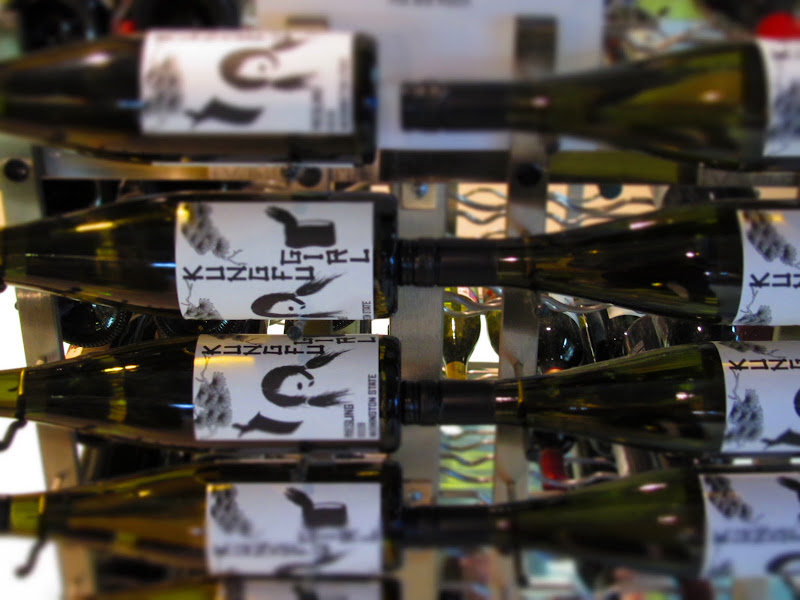 A pic of Paul, the Beer Man! 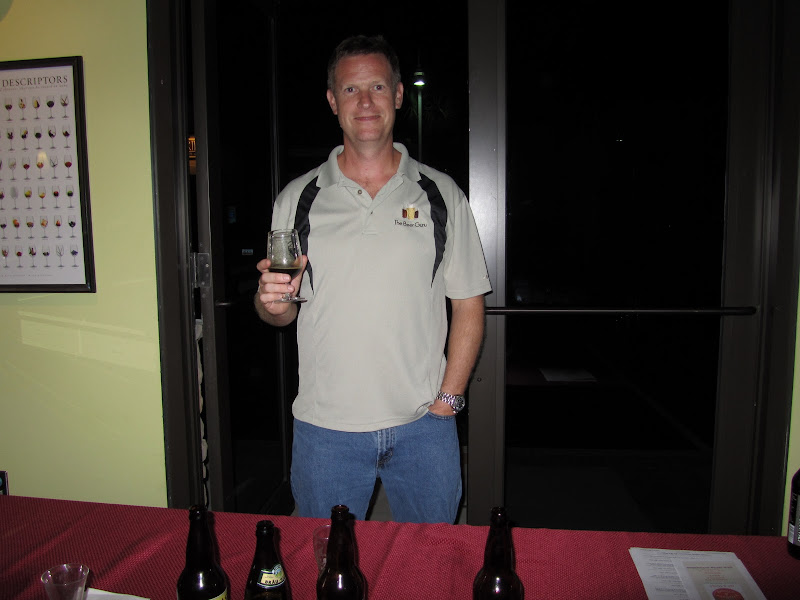 Wine A While also hosts special wine and beer tastings each month as well as brings in a live band every Friday for "Wine Down Fridays". Normally I'm there for the wine, but the beer tastings are a lot of fun and I usually like to partake in those =) This time around, Bryan and I went to their "Beer Wars" tasting - comparing two different beers of similar style and deciding which one won! This event was so much fun - Bryan and I with our tasting glasses and our beer sheets with our winners of each style circled (we obviously didn't agree on all of them!): 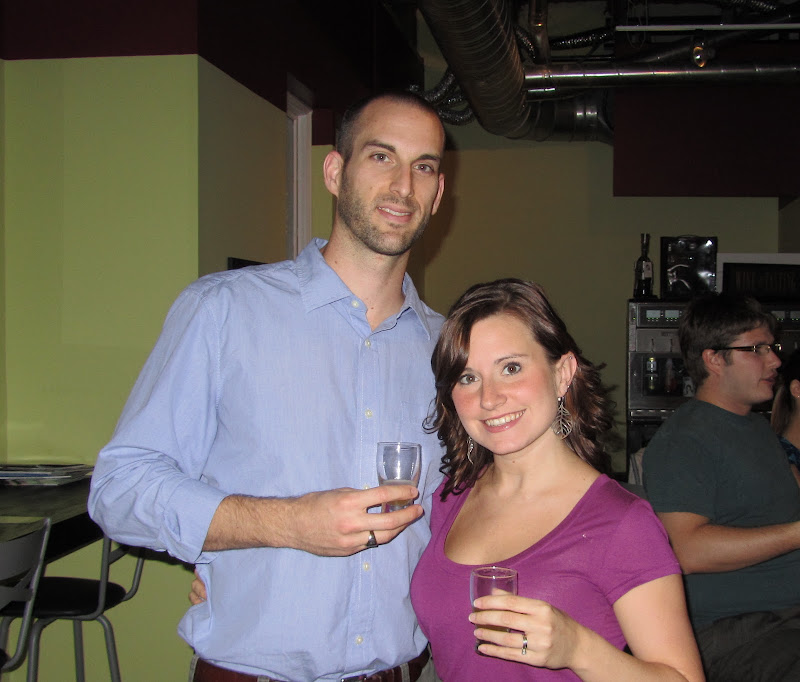 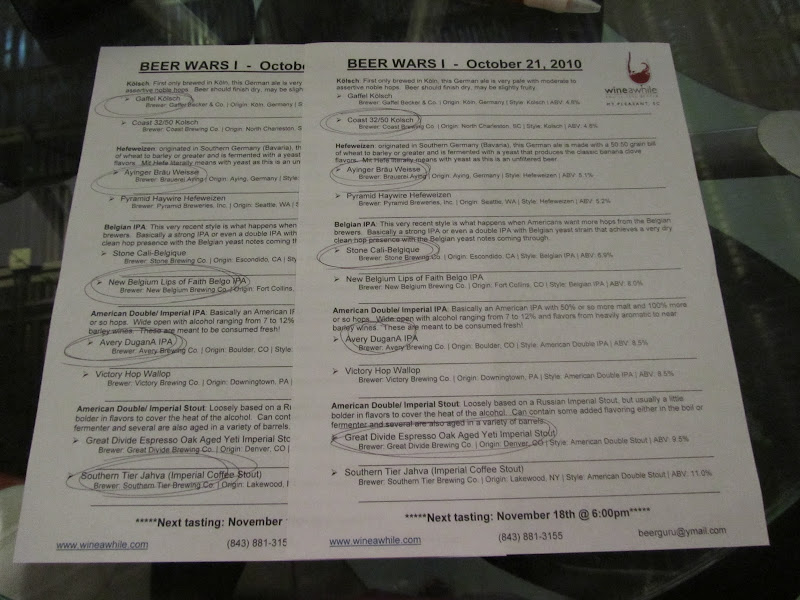 Wine A While also has a menu of appetizers and also hosts Sushi Tuesdays, where Anthony brings in a local sushi chef to make sushi to order! Let me say, all of the food that is served is super tasty and the sushi is some of the best I've had in the area! So, I will leave you with a couple pics of the wine selection and beer selection, and be sure to visit the website! There are so many more fun things Wine A While has in store for everyone that I just don't have the time (or the space!) to write about!

A last but certainly not least sidenote, don't forget to enter our Fresh Express and Itzy baked goods giveaway! Just leave a comment for Erica in her previous post! 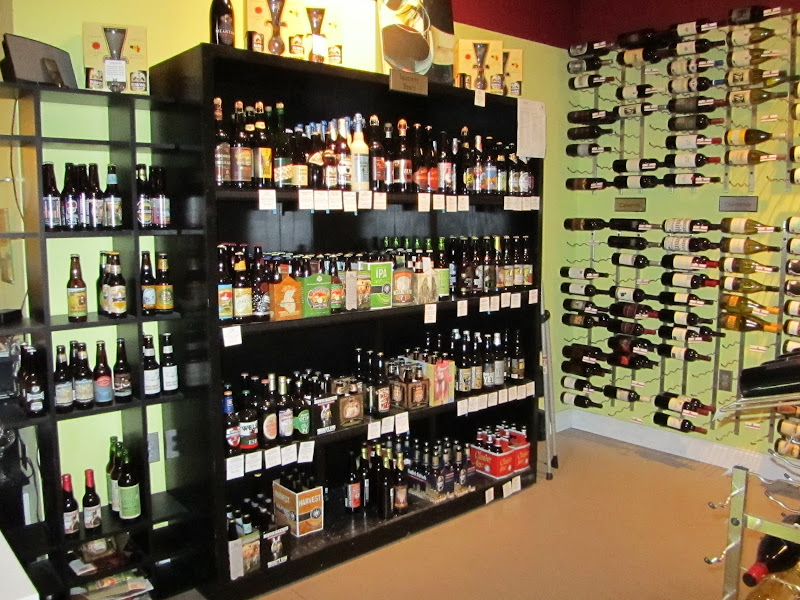 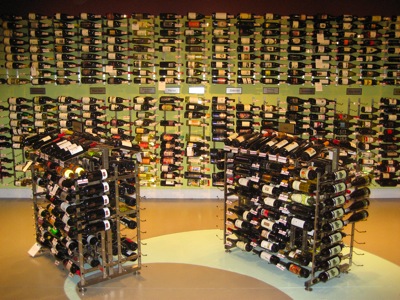 wow that place looks soo cool!! id love to check something like that out.

Mandiiiii- GREAT pictures! You truly captured what is so special about Wine A While. That place rocks. Good drinks & live music...whats not to love? And that is the most adorable pic of you and Bryan. I think it requires a frame. Do I post often about Charleston's Cafe....wait...I do? ;) Can't wait for Tosh tomorrow. Whoop whoop.

Ohmigawsh, how fun! I wanna go!

you'd think Northern VA would have something as cool as this... all we get are either small wine shops without all the fun stuff or stuffy tasting rooms. at least we do have our fair share of cool bars ;)

i love!!!! wine tasting! I love going to Napa and Sonoma and having tasting flights..so fun!!!

That sounds like a really cool place! I love wine tastings.

We are not Martha said...

ooh I just love kunf fu girl. I got it as a birthday gift last year and I've been obsessed with it ever since! :) welcome to itzy's kitchen!! [chels]

what a great place--wish we had a place like that in STL!!