I hope your week is off to a good start. Lots to cover, so I am going to let the pictures do most of the talking.

Sunday, Bryan, Mandi, Josh & I headed up to Columbia, SC for the Tosh Tour 2010. The boys chose the Flying Saucer for dinner pre- show due to the large amount of beers on tap: 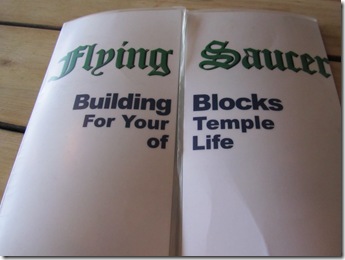 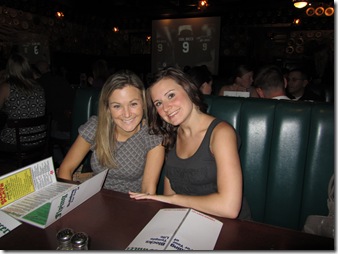 The tap wall (which was 4x’s as long as shown- the backing is a wall of pennies): 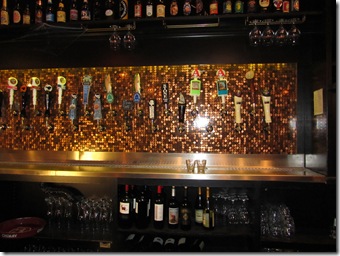 and some of the many personalized saucers on the wall of the restaurant: 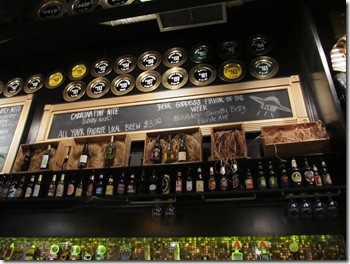 Although the atmosphere was very cool and the beer selection was impressive….the restaurant was not good. The staff (minus the bartender who was AMAZING) were incredibly rude. We sat down at a table to have a waitress come over to us and tell us they were too busy basically to serve us. She suggested we go to the bar…

I got a goat cheese, walnut & craisin topped salad: 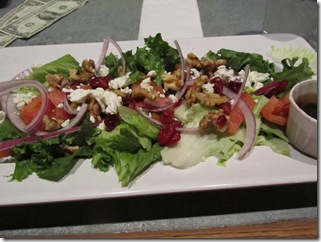 Mandi ordered a chicken salad wrap. They ran out of wraps and Mandi ended up with a chicken Caesar salad. 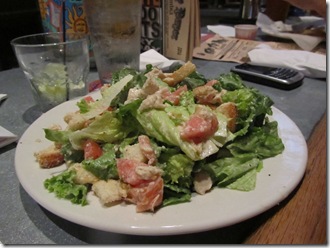 Onto the show! Adorable Mandi & Bryan: 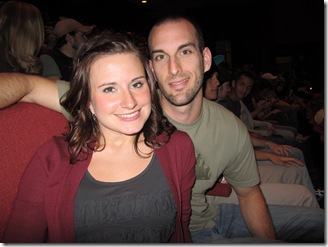 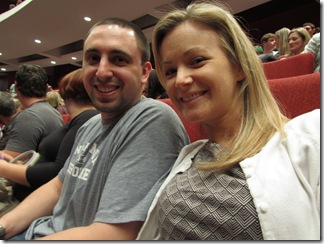 Tosh…I can’t say enough. He was HILARIOUS. The show was worth every dime. If you get an opportunity to see him- DO IT! 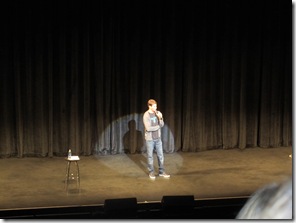 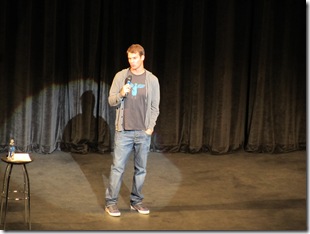 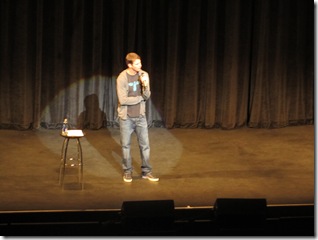 A friend of mine’s husband is having surgery soon. To try and help cheer them up, I decided to put together a little coffee and biscotti gift for them. I used this pumpkin biscotti recipe and just decreased (slightly) the amount of sugar and added raw pumpkin seeds into the mix. Pre-oven: 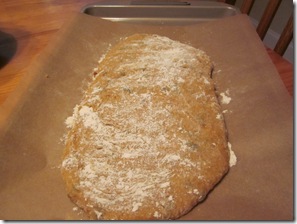 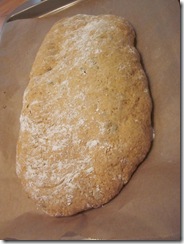 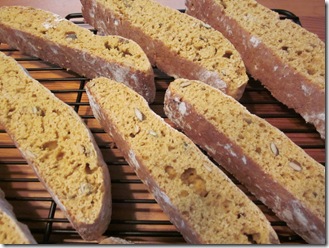 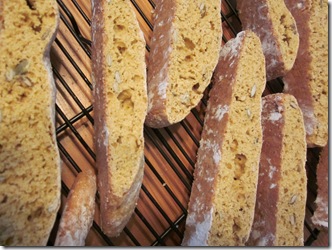 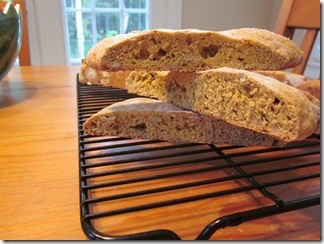 and last, but not least. The winner of the Fresh Express coupons & Itzy’s Kitchen baked goods is…

Heather- send me an email with your address and we will discuss which baked good you would like.

Thanks, girlie. And your hair looks fabulous, silly girl!!

Dawn Dishes It Out said...

That pumpkin biscotti looks delicious. I have been dying to make biscotti ... think I might try this one!

Looks like you had a really fun weekend! I love going to comedy shows and funny movies that make me laugh out loud :) Wow the pumpkin biscotti look perfect!! I've been wanting to make biscotti but it seems like it would be difficult and I'd mess it up. I'll have to be brave and try it soon though!

I have got to get tix for this when he comes to Richmond, The Man loves Tosh.0!!! Sounds like so much fun!

I'm so jealous! My husband and I LOVE Mr. Tosh, but we've never seen him in person.

Ohh, biscotti! I never think about biscotti, but whenever I have it, I always enjoy it!

ahhhhh i just caught up on like a million posts, and am so happy to meet your friend mandi! she is a fabulous writer and seems like a great friend as well.

i loved all your cookie recipes, and hope that life is treating you well! things seem to be so crazy for everyone lately - keep hangin' in there and blessing up with adorable pictures of frank :)

p.s. i need that pumpkin biscotti in my life.

We have a Flying Saucer here too, but I think it's really different...

Oh my gosh - I have SUCH a crush on Tosh! And Joel McHale. :-) I have it in for the funny guys. SO fun that you got to see him!

You make biscotti?? Woman, is there anything you can't do? :)

the tap wall looks SO cool. but i hate when bad service ruins the experience.

i LOVE a good biscotti dipped in coffee :)

A wall of pennies? Sounds neat! Too bad they were so rude to the 4 of you!

Love biscotti but I'm not too good at making them. LOL

Those biscotti look delicious! I love me some biscotti with my coffee :) OMG I didnt know Tosh did a tour!! He is hilarious!

ahh you baked exactly what intimadates me!! a little while ago I posted my baking blunder and i said that baking hard things like biscotti and crackers intimidates me SO much!! i would LOVE to taste a homemade one :)

i LOVE comedy shows!! there is something so fun abotu being there in the audience, its just 10 times funnier no matter what!!

naomi is so right about biscotti being so scary to bake! haha i've always wanted to make it but i'm alwaaaaays afraid of it!

that pumpkin biscotti sounds great and i think i'm thinking of dabbling. you're so my inspiration haha

what a fun weekend! you and mandi are like the foodie team of the town i love it!

Holly I think the funny guys are the cutest too! John Krasinski from The Office is my other celebrity crush =)

Wow, I'm so impressed by the pumpkin biscotti! It looks awesome! Your weekend looks like it was totally fabulous... I love Tosh!

biscotti..you are a GREAT cook girl!

love the wall of pennies!

and so glad you guys had a great time and enjoyed yourselves :)

I HATE bad service at a restaurant. Seriously, I can take bad service at a store or even at my car repair shop, but treat me poorly around good food and I'm one unhappy camper. :(
At least the night was still fantastic. You guys are all so adorable!

Now this Pumpkin Biscotti, let's talk. WOW!!!! I'm blown away. I love Biscotti and you know how I feel about pumpkin. OMG I'm just thinking about how good this must be! :)

I love those biscotti! I don't know how well I'd do with trying to make it, but I'll definitely give it a shot!

We have Flying Saucer here. I love being able to drink hefeweizen!

Paige is Running Around Normal said...

I'm SO jealous!!!! I love Tosh:)
And that wall is pretty impressive too :)
The biscotti sounds incredible.

Comedy shows are such a fun, different thing to do for a good night out :).

Your biscotti looks delicious. My sis is looking for a fall-themed recipe for a bakesale she's doing at her animal shelter. I'll have to suggest this!

those biscotti look fabulous, and what a fun night out!

Oo your biscotti looks gourmet! It must be a biscotti kind of week, because I just made some yesterday! :-)

What a cute selection! I love good craft beer. Sorry about the rude service :-(

I have been CRAVING biscotti lately! Thanks for the recipe :-)

That tap wall is glorious. Tosh is HILARIOUS, glad you saw him!! I have never made biscotti but you make it look simple. And delicious :)