I love the show The Next Food Network Star! Have you watched it? I cheered on Melissa last season and was hoping Susie would win this year (although Jeff was another favorite of mine). When I was contacted by Harper Collins Publisher to review a copy of the Food Network Star’s Official Insider’s Guide to America’s Hottest Food Show, I was very excited (disclaimer: I received a copy of this book for free)! According to the publisher, the book contains: 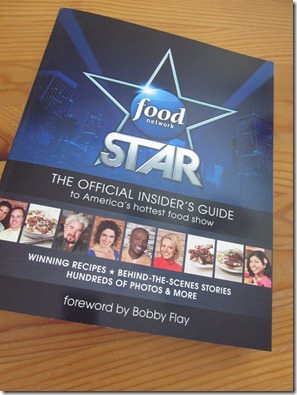 “the behind-the-scenes stories from members of the selection committee such as Bobby Flay and Giada De Laurentiis, and other Food Network personalities such as Alton Brown, Paula Deen and Rachael Ray. Catch up with your favorite contestants and see where they are now in insightful Q&A’s. And did I mention the recipes? There are recipes from every season of Food Network Star (including season 7 which is still on air) and these winning gems are sure to delight a wide variety of palettes.”

I loved reading the interviews with the contestants and enjoyed exploring the different recipes they made on the show. As I flipped through the pages, I knew the first recipe I wanted to make was a falafel recipe from Whitney Chen, another one of my favorites from this season. 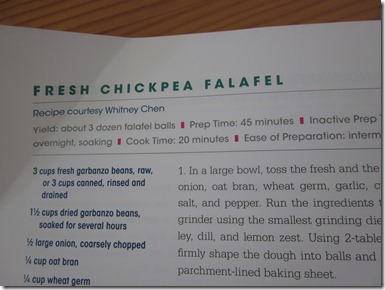 I made a few alterations to the recipe (based on what I had on hand) and baked it at 375 (instead of frying it). 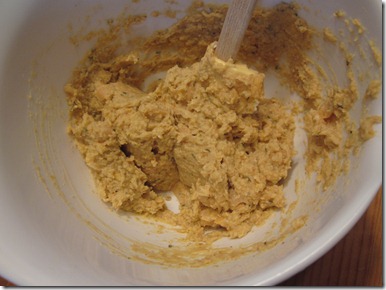 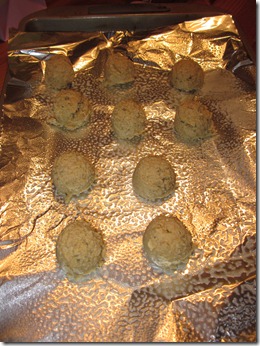 The outcome (served with corn on the cob and fruit+ dessert for J): 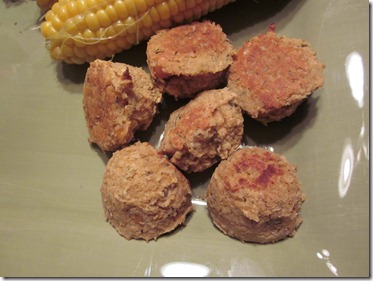 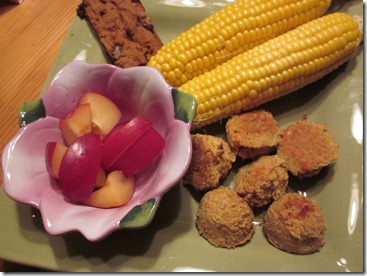 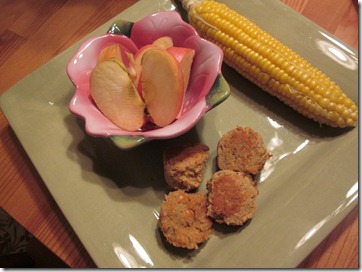 So tasty! If you’re interested in my adjusted recipe- let me know!!

Don’t forget to enter my Activia giveaway! You have until midnight tonight.